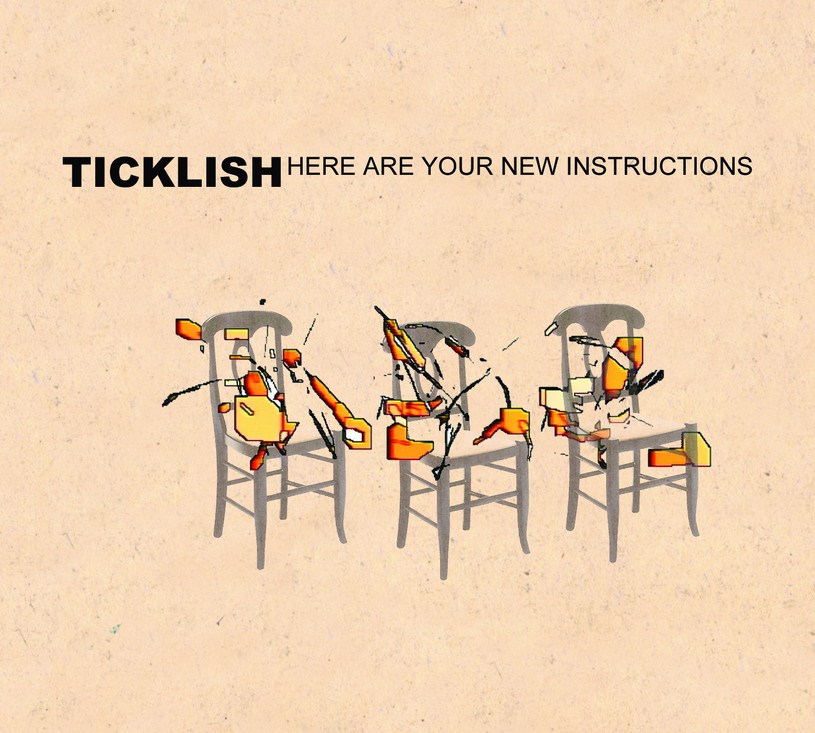 Ticklish are an electronic performance ensemble who use sampled sound and video to present a combined visual and sonic event that moves between polyrythmic pulses and abstract textures.
For the past five years Ticklish have been operating as a spectral presence on the British electronic music scene. Refusing to comply with easily identifiable (and easily dismissable) “movements” Ticklish have continued to develop their sound, and attract increasing attention.
Formed in 1995 using a somewhat more conventional line up they shifted to an all sampler line up in 1998 and added video artist Rob Flint to the band because his approach to video mixing and video sampling had similarities to the ethos and working methods of the rest of the band.
Musically the group continually attempts to evade the many clichés of electronic music (be it endless shimmering reverb or clod-hopping beats) whilst maintaining a love and knowledge of the genre from the Schaeffer experiments of the 1940’s to the lap-top number crunchers of this century.
In common with many sampler groups Ticklish listen widely, but unusually (maybe uniquely) this listening is to not simply to load their samplers, but because they like music (folk music has been a recent fascination, for example). All the samples Ticklish use are actually generated from within the group itself. Ticklish are not “plunderphonic”;- there are no easy laffs from half recognised TV themes. Conversely Ticklish are not po-faced dredgers of misery- the name “Ticklish” itself should imply that….No, if anything Ticklish’s music is about playing, not just in the musical sense, but also in the digging-in-the-sand-pit sense, and, as has been noted before- play is a subversive activity, with a very serious intent.